How to Select the Best GPU for Your Gaming PC

When it comes to selecting components for a gaming PC, selecting a graphics card is perhaps the most important of all the choices you may have to make. There are certain important things to consider before getting yourself a GPU and we have listed them down below. We have earlier listed few best gaming laptops under 1000 dollars you can buy online. Other than GPU, of course you have to select the best processor, higher capacity/speed RAM and SSD hard disks to cope up with latest computer gaming requirements.

Read Also: The laptops under $500 that can be used for basic gaming too.

Tips on Selecting the Best GPU For Gaming PC

“Do I need an NVIDIA Titan with a twelve core i7 to play Solitaire on my 720p monitor?”, you ask me. I would say no. (Actually you didn’t ask me that and you probably wouldn’t. It’s a silly question. Never ask that question.) But this is what I am talking about. Know what kind of games you want to play. Are you a light gamer who plays less demanding titles than your hard-core gaming friends? Or do you play puzzles? Or are you that guy that installs Crisis 3 on all your gaming PCs just to show your friends how awesome your PCs are? Whichever category you may belong to, make sure you get a card that suits your needs. Look at the recommended requirements for the games you want to play, and choose the hardware wisely. There is absolutely no need to go bonkers with your GPU selection if all you want to play all day long is portal (I don’t blame you!). 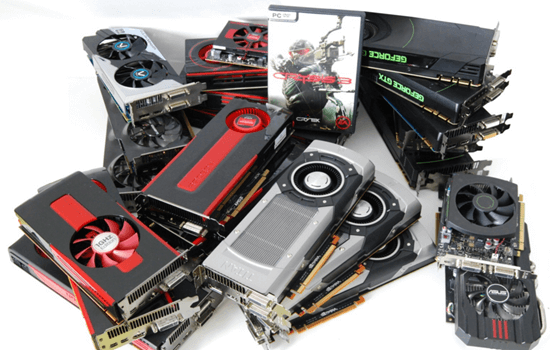 A Five Year Old Pentium 4 and a GTX 970? No no no! Bottleneck’s a thing. Your limits must not be ignored.

Who said only living beings get jealous? Your computer hardware also becomes jealous every now and then. For example, if you decide to pair an old Core 2 Duo with a modern GTX 980 or even a GTX 650 your old CPU is going to become jealous and decide to somehow limit the performance of your far better GPU – in computer terms, this is known as bottlenecking. This can happen the other way round as well. So make sure that all your hardware is relatively on the same boat as your new GPU. There are other limits as well. Your monitor resolution and refresh rate. There is no point in getting a GPU that handles all your favorite games at 60Fps on 1440p if you have a 720p monitor that you aren’t willing to change. So you must get a good monitor, or you needn’t buy a graphics card that outputs far more superior pictures than your monitor can show you. Also make sure that you have the correct slots on your motherboard, and a good enough power supply with enough number of PCI – express six and eight pin power connectors whose specs are good enough to handle your GPU, and that you have enough space to accommodate your card in your PC (you don’t want to check these after you’ve gone and bought your card and realize that your case is 1mm too short!). Also, not everyone has the money to buy a super high end card. Not many need such power. So, always set a budget that you’re comfortable with, not a budget to buy the top end GPU, because soon enough, another better Graphics card is going to come along and make yours look bad. Buy something you’re comfortable with in the current or last gen and upgrade when you get to do so.

Read Also: Some of the best laptops under 400 dollars for home/office use.

Many gamers make the mistake of looking for more graphics memory rather than graphics memory with high bandwidth. Although a common mistake among inexperienced gamers, this is one of the silliest mistakes one could make when buying a GPU. Low memory bandwidths are a reason for bottlenecking so know your stuff when it comes to memory. There is no reason to fuss about too less memory because if you’re looking for a GPU to push pixels for your 1080p monitor on Ultra, then it is most certainly going to come equipped with enough memory. The only instance where a lot of memory is going to be required is when you have a setup with multiple monitors, in which case a little attention to how much memory you have will indeed pay off, especially if you’re looking to play games with very high resolution textures or have high resolution texture modes installed. What you must most definitely pay attention to is the type of memory – GDDR5 or GDDR3. It is very important to note that GDDR5 memory has double the bandwidth of GDDR3 even at the same clock speeds. Therefore, a small amount of GDDR5 is always, ALWAYS preferable over a much larger amount of GDDR3 memory. 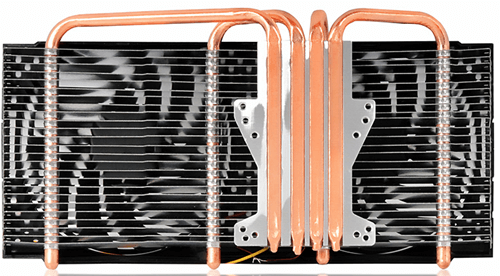 Okay, maybe that’s a bit too much! The opposite could happen though! I’ve seen many a PC flooded because of bad liquid cooling setups. There are typically two types of coolers you can get for your GPU. There’re the reference coolers, and the aftermarket coolers. The choice is affected by many factors, such as your ambient room temperatures, the cooling capabilities of your PC case the cooling on your CPU, your ideas on over clocking as well as your personal preferences. Most reference coolers exhaust warm air out of the case through the back, thereby keeping the inside your case cool. These provide okay cooling and are generally good enough for most people with normal room temps and no plans of over clocking. If you’re planning on over clocking however, It is always better to opt for aftermarket cooling solutions such as Asus’s STRIX or Gigabyte’s Windforce as these tend to have quieter fans as well as better cooling. A disadvantage is that most aftermarket coolers release warm exhaust air inside the case so if you are using stock CPU coolers, you may want to try other options. This is where liquid cooling comes in. Although a little hard to set up, liquid cooling provides much cooler temperatures as well as much better interior case temperatures. Most liquid cooling solutions are aftermarket although Graphics cards such as the AMD Fury X and the R9 295 X2 came with reference water coolers. So always choose a good cooling option that suits your needs and never forget to consider these factors.

We hope this guide would have given enough basic information on how to select the best GPU for your existing gaming PC.

How to Select the Best Laptop for Gaming, College or Other Use?